Generally, cross-border fund transfers occur over proprietary platforms requiring multiple intermediaries including banks. How do we provide payment mechanisms to the greater than 1.7 billion people without access to bank-intermediated financial services at a lower cost globally? Facebook announced last week that its new global currency, Libra, will address this global challenge. Access to financial services over mobile devices has been quite successful and meaningful in different parts of the world for online and offline purchases within a country. In this blog, we will discuss what is different about Facebook’s new venture.

We discussed the potential of Facebook entering the payment space in our last blog to challenge incumbents similar to WeChat, a Chinese social network, without knowing Facebook’s intentions at the time. Facebook plans to leverage its global social media network of 2.38 billion monthly active users to create an ecosystem with its own cryptocurrency. The payment service would be available on Facebook’s Messenger and WhatsApp messaging applications.

Facebook’s announcement has generated great interest among the payments community and regulators around the world. Many question Facebook’s entry into payments given its recent privacy issues. Facebook has created a separate entity called Calibra that will provide tools to access and participate in the Libra ecosystem to make payments. In addition, it will ensure that payment data remains separate from social media data unless customer consent is given for certain instances. To address the potential of its overreach, Facebook has created the Libra Association Council that we will discuss below.

Today, users of cryptocurrencies use entry and exit ramps to convert cash or bank deposits denominated in fiat currency into and out of cryptocurrency using existing payment infrastructure. The costs to enter and exit cryptocurrency are significant. These costs depend on the type of payment mechanism used for the conversion. The issuer of Libra will need to address conversion costs if it wants to increase financial inclusion by lowering costs.

Another factor that may hinder Libra’s adoption by consumers is the relatively low adoption of smartphones, especially in emerging economies. Smartphones are necessary to transact in Libra. For example, smartphone penetration rates are 82% in the United Kingdom, 77% in the United States, 55% in China, 28% in India, and 11% in Ethiopia. Some mobile payment systems are based on simple mobile phone technology such as M-PESA, a Kenyan mobile payment system, uses SMS messages to make payments.

Benefits of a Global Currency

Any cryptocurrency or money issuer attempts to limit the need to convert in and out of fiat currency or other cryptocurrencies. From a consumer’s perspective, as any traveler of the pre-euro and post-euro eurozone knows: currency conversions are not cheap. The greater the number of cryptocurrency transactions without conversion to another currency (crypto or fiat), the lower the transaction costs compared to traditional bank-intermediated payment mechanisms which generally have higher per-transaction fees, especially for cross-border payments.

From a currency issuer’s perspective, fewer conversions out of its currency result in greater earnings when issuers invest in interest-bearing assets. When central banks earn revenue from issuing money, it is called seigniorage. For example, the U.S. Federal Reserve earned $112 billion in 2018. Most of this amount resulted from putting money into circulation for interest-bearing assets. Seigniorage allows the Federal Reserve to fund itself and not be dependent on the Congressional budget process.

How Is Libra Different

Second, excessive price volatility has hindered the adoption of cryptocurrencies as a medium of exchange. This role of money is critically dependent on the stability of its value. Some cryptocurrencies, referred to as stable coins, are pegged to a fiat currency. Stable coins promise to convert a fixed unit of their currency for a unit of fiat currency such as the U.S. dollar. Libra uses a basket of currencies and safe assets to maintain a stable but not fixed exchange rate with a given fiat currency. In turn, a stable cryptocurrency will hopefully entice consumers and businesses to use it as a medium of exchange.

Third, cryptocurrencies have not reached critical mass in terms of seller acceptance. Payers will not use a currency that is not widely accepted. While adoption is a necessary step, it is not sufficient for successful payment innovation. For example, Apple Pay has sufficient merchant acceptance and consumer adoption but the number of transactions remains relatively low although growing. To generate critical mass quickly, Facebook has partnered with around 27 key partners and expects to have a hundred at launch next year. These partners also comprise the Libra Association Council that we discuss below. This consortium includes payment networks like Mastercard and Visa, retail platforms like eBay and Uber, and cryptocurrency enablers like Coinbase and Xapo. Large existing payment market participants will enable reaching critical mass faster given the right incentives to end-users.

Fourth, governance structures of new payment instruments are critical to their success and stability. The evolution of general-purpose credit cards from a single or a group of banks to associations with a large number of banks in the seventies demonstrated that no one participant within the system should control it. Similarly, the distributed governance of cryptocurrencies ensures that no one entity controls the decision-making process. Joey Biasi and I provide examples of the limitations of such structures in a recent article. The Libra Association Council will make decisions based on a supermajority of two-thirds of votes where each member has only one vote.

Policymakers around the world are still grappling with how to regulate cryptocurrencies to protect consumers, prevent illicit use such as terrorist financing, and manage the risk of a potential shutdown of commerce should a cryptocurrency becomes non-operational or goes bust. The announcement of Libra has gotten the attention of several central banks, lawmaking bodies, and international organizations like the G-7 because of its potential to reach critical mass and systemic importance quickly.

It is difficult to put the genie back in the bottle in terms of how technology is fundamentally changing the way we payor will pay in the future. An important goal for policymakers is to increase financial inclusion while maintaining a safe and stable financial system. Even if Libra ultimately fails, the increased public awareness and enhanced infrastructure being created are steps in the right direction to adopt an unintermediated global currency. 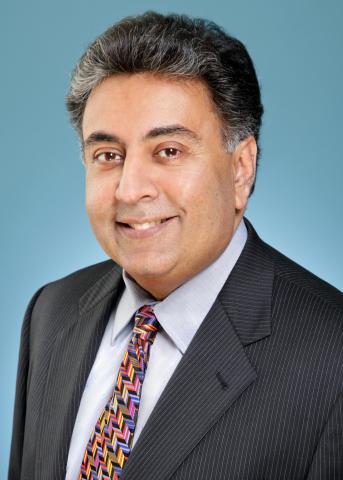 Cryptocurrency as a Disruptor: Reality or Fiction?